Analysis of the FIRDS snapshot for August month-end showed little material change vs. the prior month. 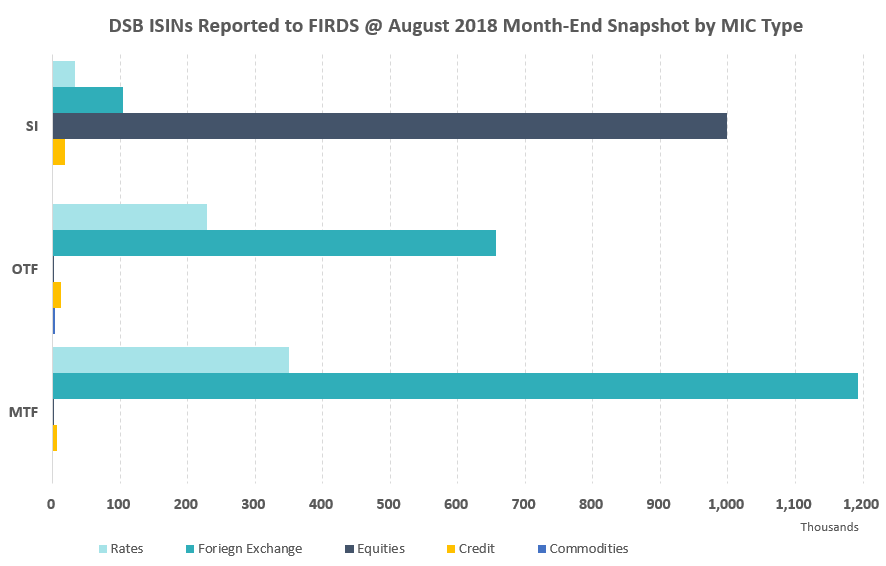 Unsurprisingly, the largest increase in the reporting of reference data was seen in Equities, FX and Rates – with a slight change in the product mix vs. last month end. The August snapshot shows a slight decrease in the number of FX Swaps reported, accompanied by similar increases in the number of FX Swaps and Non-Standard FX Forwards and Non-Standard FX Options reported to FIRDS. 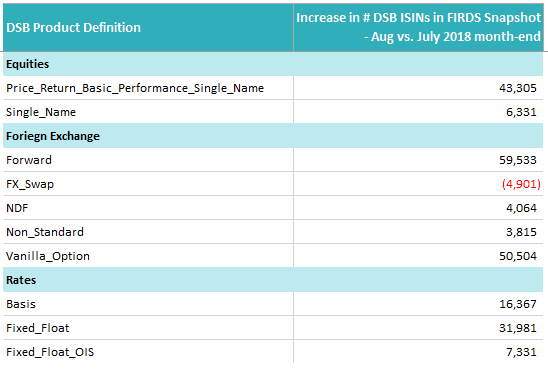 As with prior months, there is little reference data reporting for commodities in general, with OTFs continuing to dominate this arena. A detailed breakdown for every DSB product reported to FIRDS (for reference data purposes) is set out below. 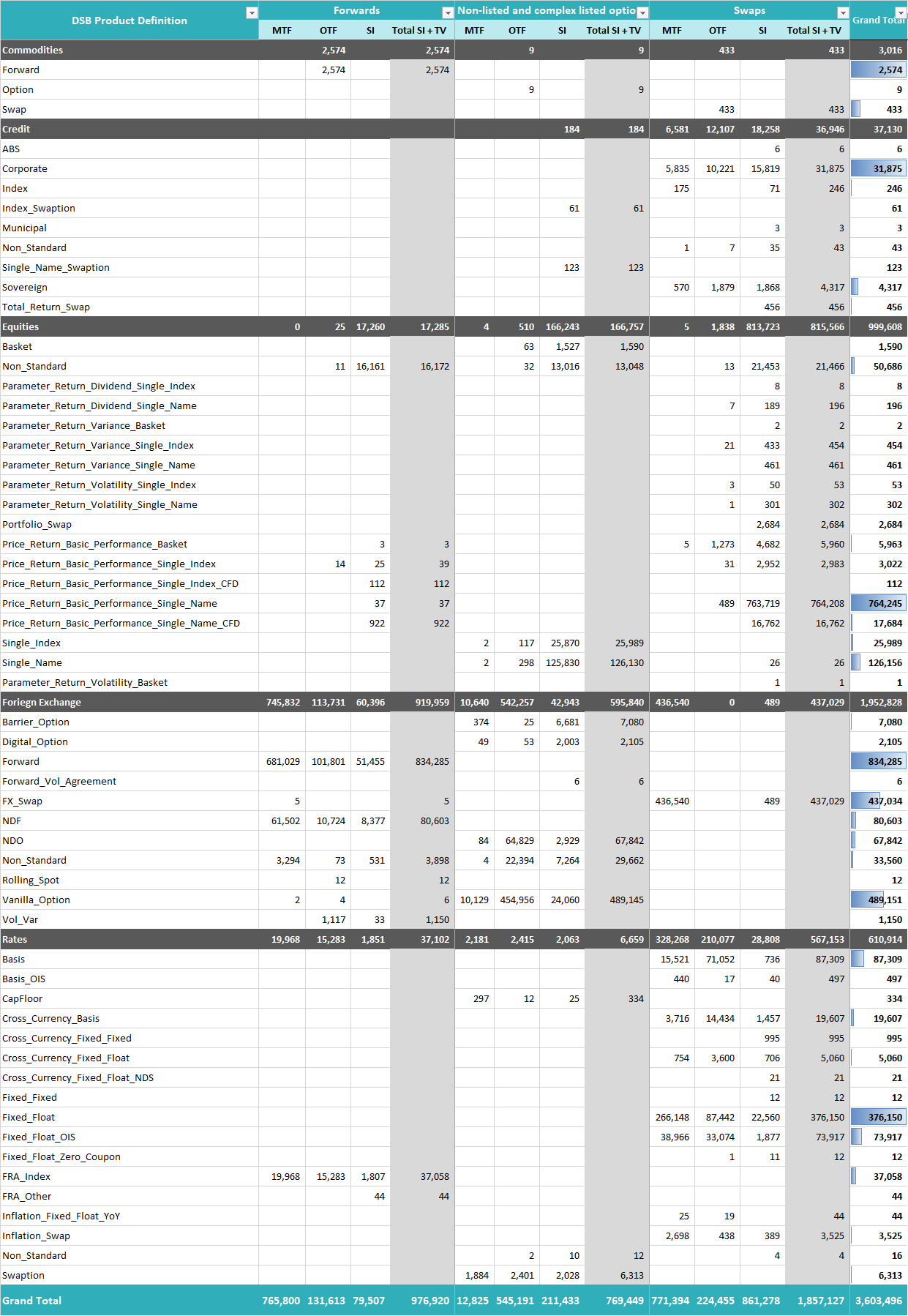 […] Analysis of the FIRDS snapshot for September month-end showed a modest increase in the number of unique OTC ISINs reported vs. the prior month. […]

0
Reply
Recommended
DSB Monthly Metrics Review – August 2018
The August trend mirrors that of the prior month, with…
wpDiscuz