This month’s update contains the usual metrics but starts with a new data point at the request of several industry participants – the monthly volume of OTC ISINs being created and subsequently reported to FIRDS. Looking at OTC ISIN data reported to FIRDS (see below), it’s clear that initial disparities have tapered to what appears to be a steady flow of (just under) one third each by OTFs and SIs, with MTFs at just below 40%, when looking at the full spectrum of OTC derivatives reported to FIRDS. 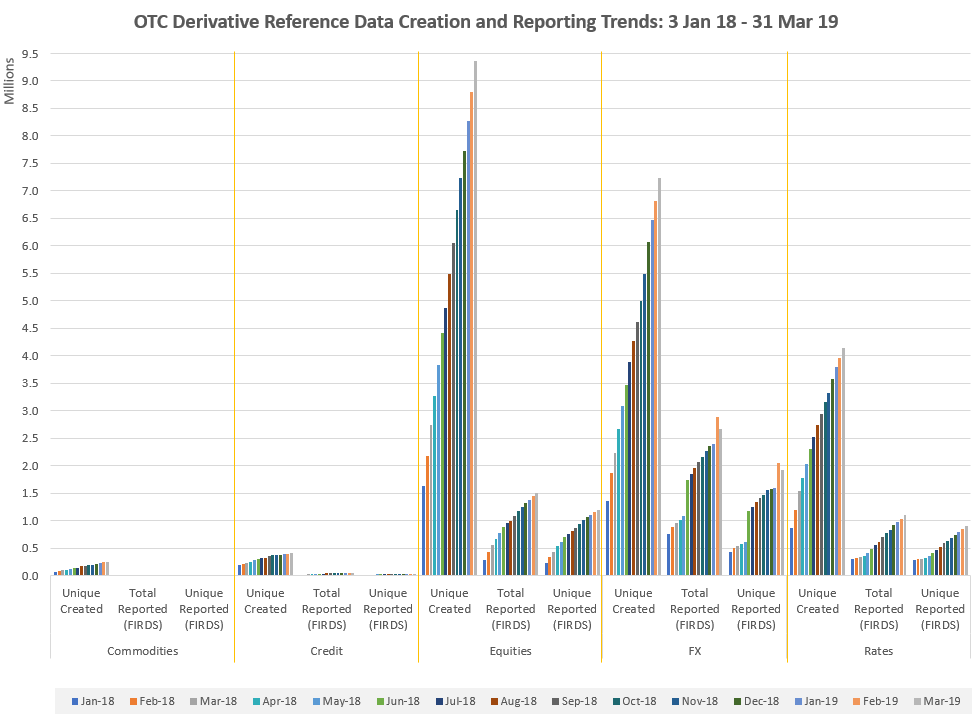 Returning to the standard data set published each month, we see that the number of active OTC ISINs in the FIRDS snapshot for March month-end remains largely unchanged from the prior month, with the marginal increase driven by OTF reporting of Rates instruments and SI reporting of Equity derivatives. The asset class level snapshot is shown below. 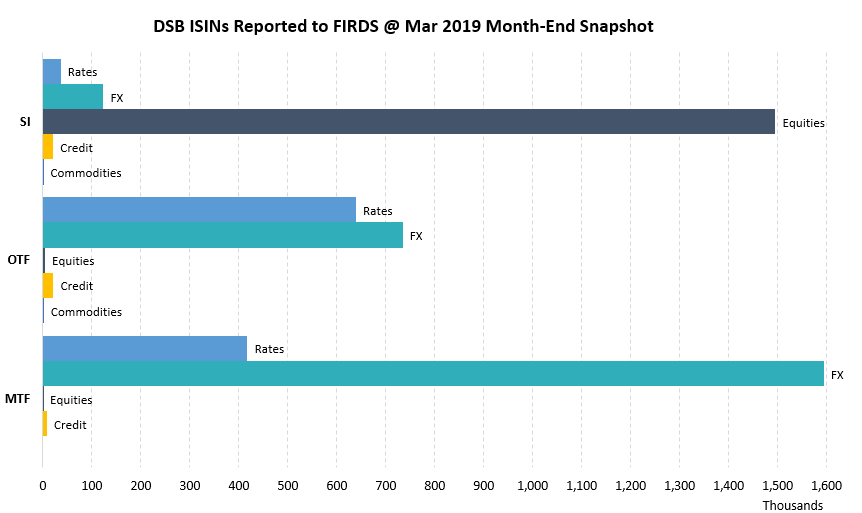 Notably, at a more granular level, March 2019 also saw reporting of FX Non Deliverable Swaps for the first time (primarily by OTFs), with OTC ISINs reported for a total of 59 DSB Product Definitions. The broader product level composition is set out in the table that follows. 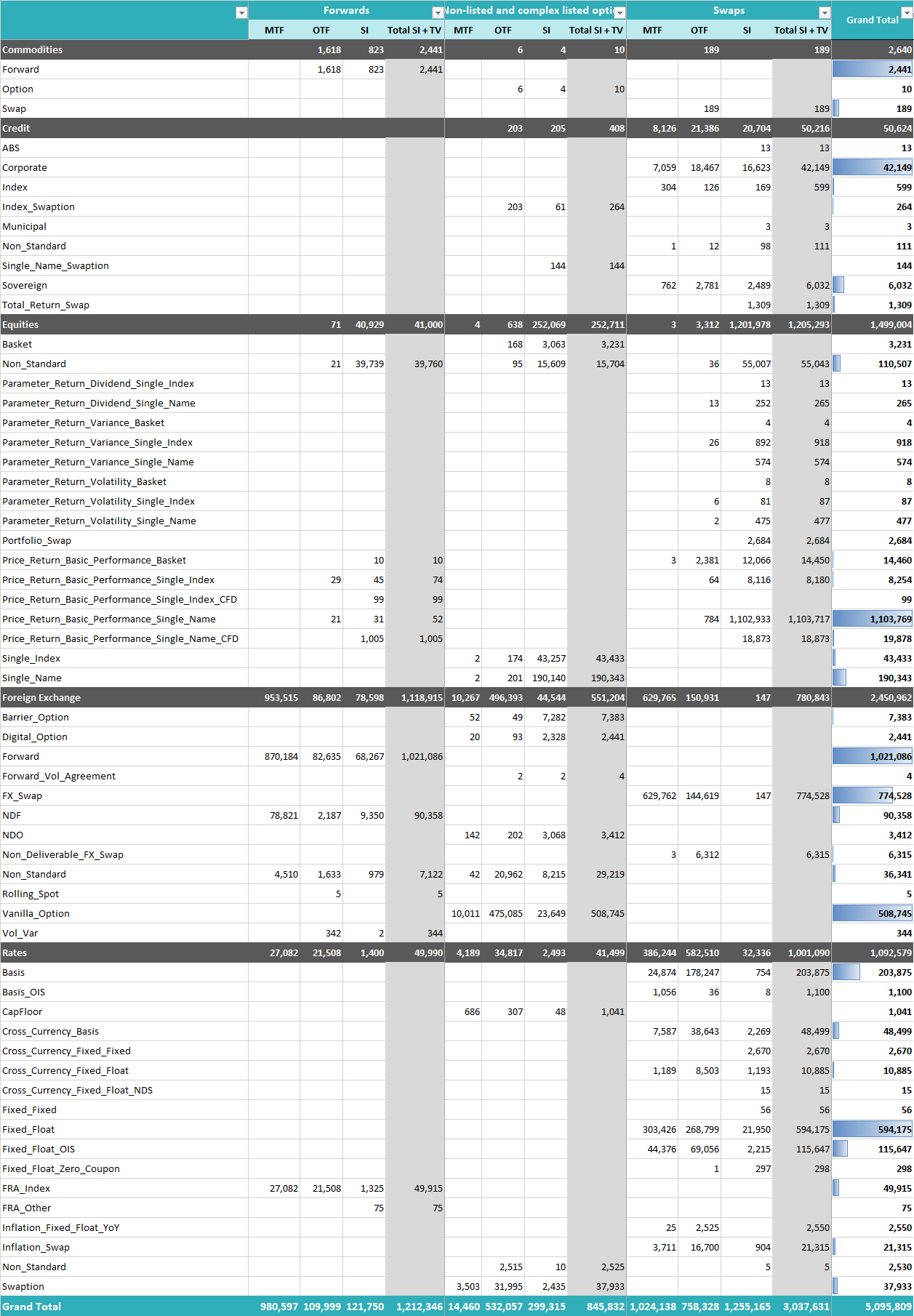 Now on to data about the specific institutions that have submitted data to FIRDS (as at the March month-end snapshot).

On a closing note, for those who may have missed it, the DSB’s monthly metrics for the month ending March 2019 shows the number and types of firms directly consuming DSB data whilst also providing the usual statistics on the primary OTC ISIN creators.