At an asset class level (see below), we see that the volume of active FX trades in FIRDS has dropped by approximately a third (≈ 500k) and that there were approximately 700k more Rates ISINs, with the latter likely to have been driven by a revision to the way in which Term of Contract (RTS-23.Field 41) is to be determined. 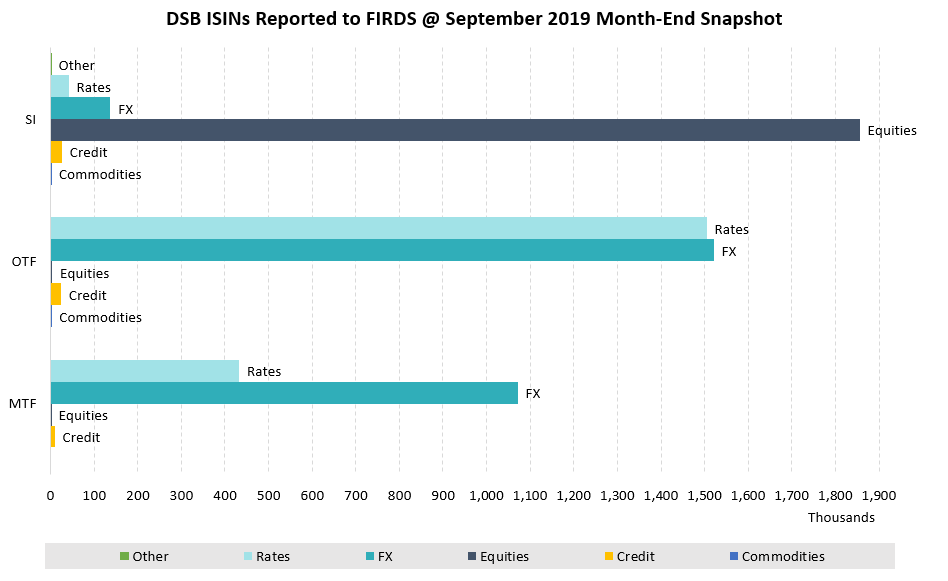 The usual product level composition is set out in the table that follows. 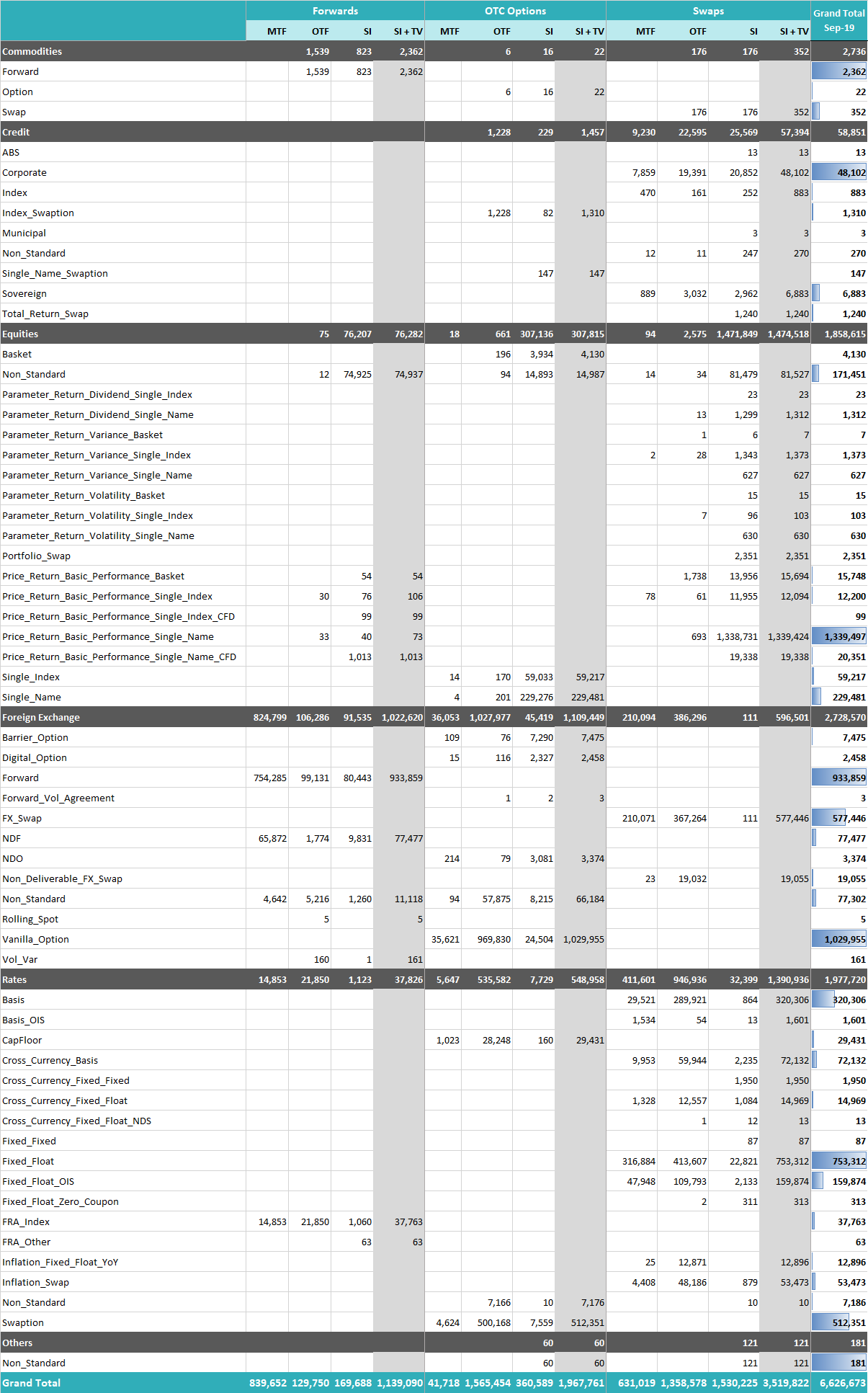 Looking at the list of specific institutions with active instruments in FIRDS as at September 2019 month-end, we see a fair amount of variation when compared with the prior quarter.

A few readers have asked us to examine the number of OTC ISINs that had ever been reported to ESMA FIRDS and FITRS. We will aim to include this data in the next quarterly blog, which has the added benefit of reviewing the metrics after 2 years of MiFID II reporting for OTC derivatives having come into force.

[…] review of live trades in FIRDS as at year-end December 2019 shows a continued divergence between the number of live trades reported by MTFs, OTFs and SIs, a theme we first reported on in […]