Analysis of the FIRDS snapshot for September month-end showed a modest increase in the number of unique OTC ISINs reported vs. the prior month.

OTFs reported almost 14% more unique OTC ISINs in September than in the previous month, with an increase across every asset class. In the same period, reporting of unique OTC derivative instruments by MTFs and Systematic Internalisers was marginally up at 2.5% and 5.3%. The broad composition by asset class remained unchanged, with similar proportions of OTC ISINs reported for each asset class – SIs dominated equities reference data reporting and the venues were more focused on FX and Rates reference data reporting as set out below. 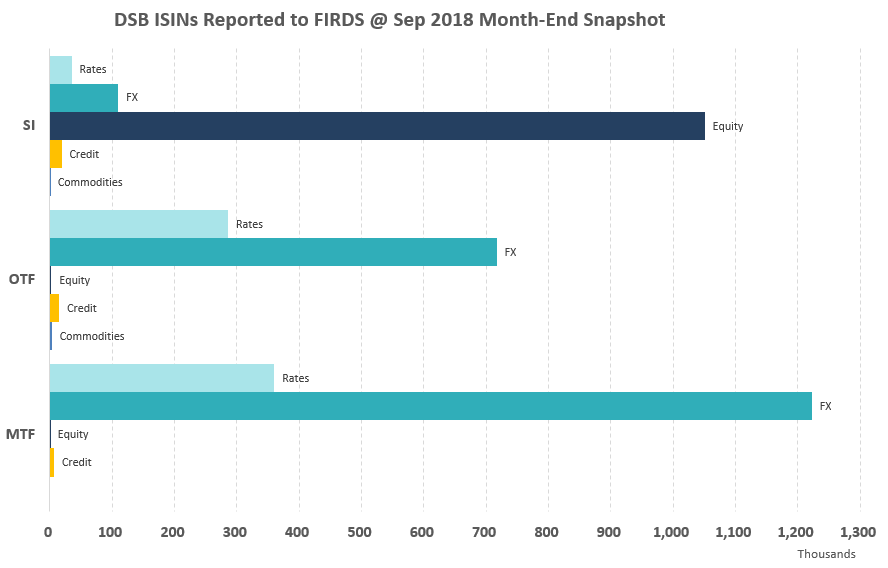 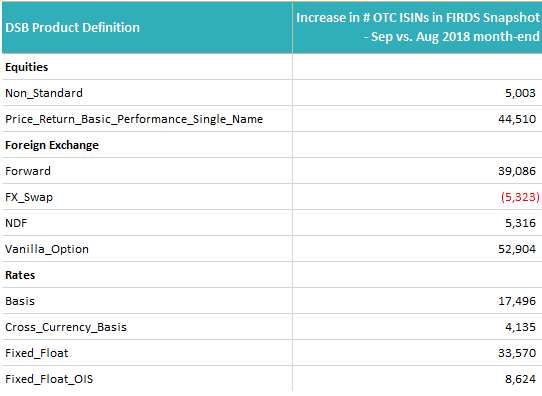 As with prior months, there is little reference data reporting for commodities in general, with OTFs continuing to dominate this arena, although SIs have reported commodity derivative data for the first time. A detailed breakdown for every DSB product reported to FIRDS (for reference data purposes) is set out below. 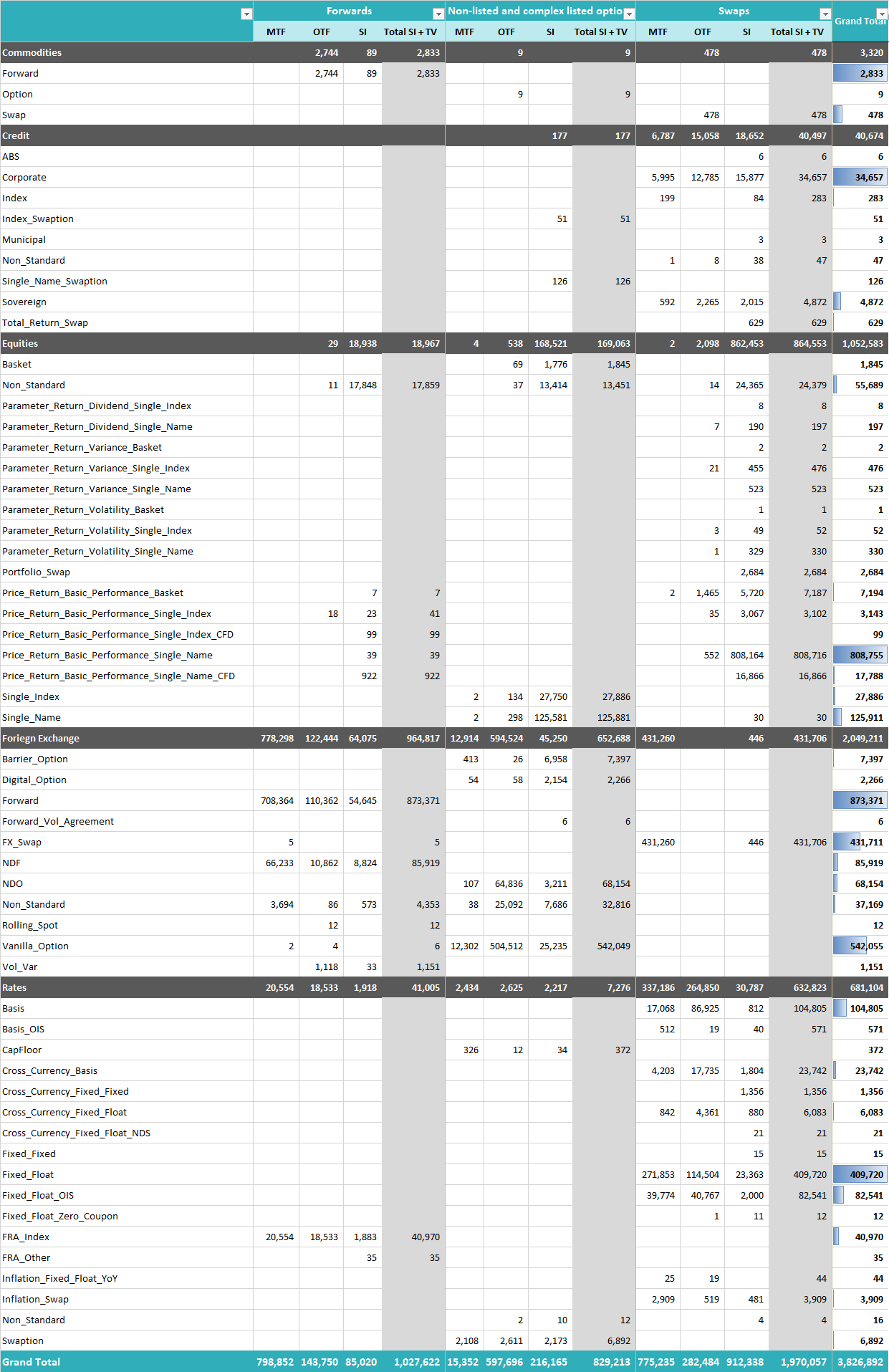 0 Comments
Inline Feedbacks
View all comments
Recommended
Monthly DSB Metrics Review – September 2018
The September trend mirrors that of the prior month, with…
wpDiscuz